Who Tommi is cannot exhaustively be defined merely by his About page, his resume, what he is doing, nor what he did.

In so many occasions my friends come to me and say something like: questa cosa è un sacco da Tommi, ti ho immediatamente pensato perché mi ha ricordato te, or simply tell me something about me that makes me think oh, this is so me. I am collecting all of those attributes here.

Tommi is and at the same time pursues pure Tomminess. Unsurprisingly, Tomminess is Tommi’s way of living. It is composed by the values he stands for, joint with his peculiar annoying egocentric character.

The present page is something similar to a manifesto of Tommi’s being, inspired by the section named My values in Noel De Martin’s personal website.

Occasionally, friends of mine I have not been in touch with for quite some time pop up with a message telling me that I remind them so much of some public figure. Below a list: 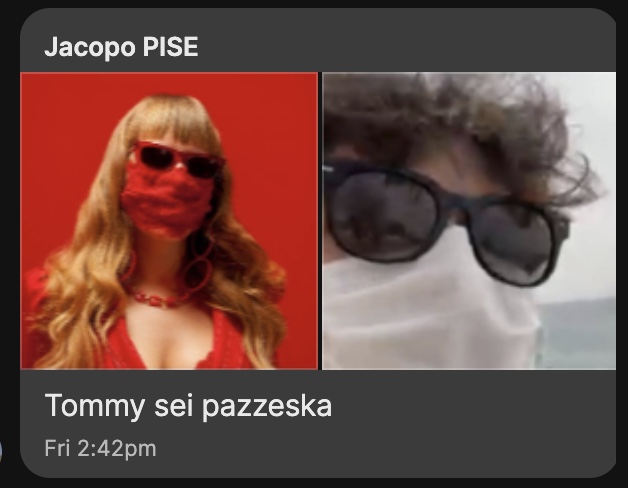 All the pages of this website containing a link to the current page.
Curious about what this means? Check this article.